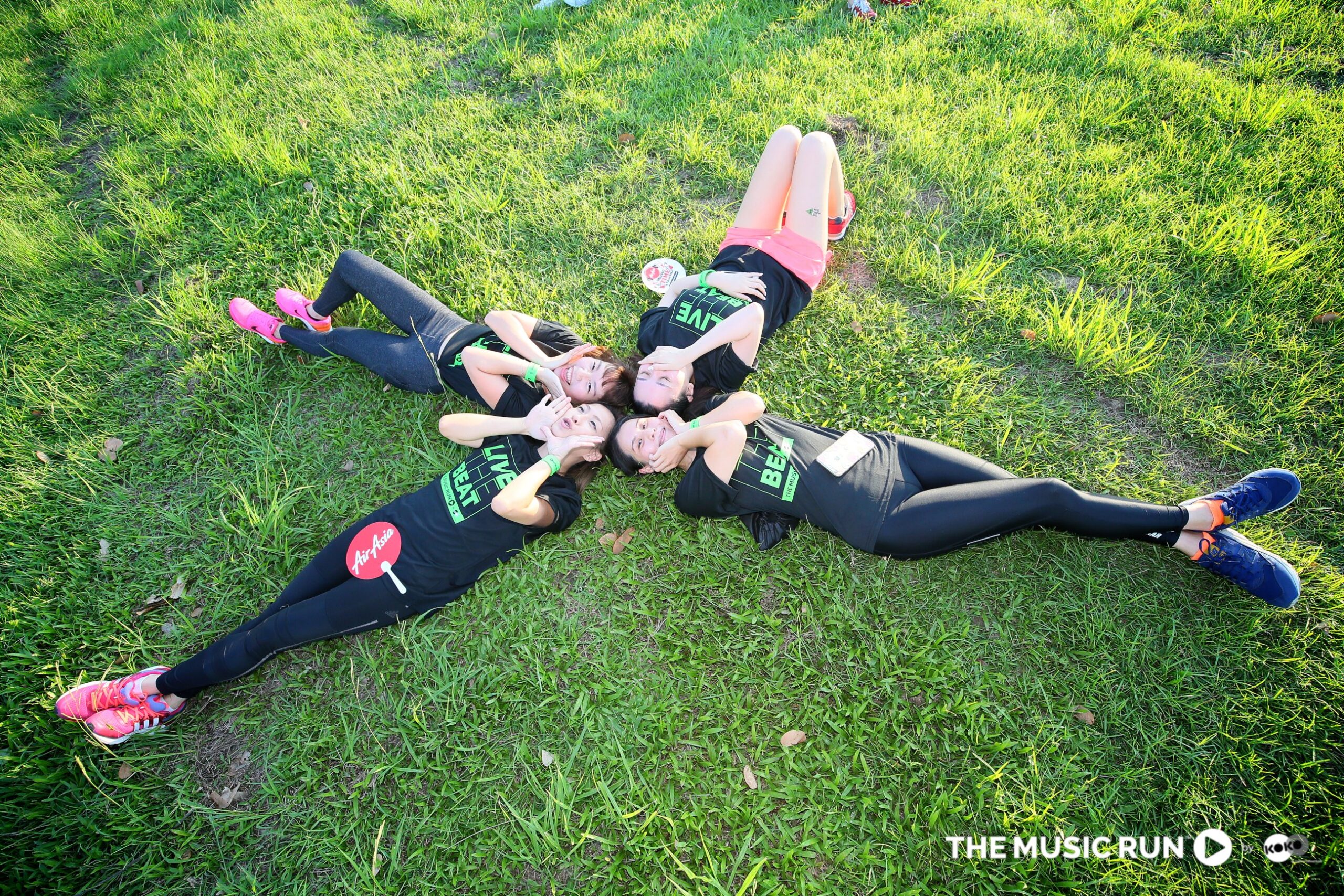 The Music Run™ by KOKO, the world’s first 5km music road run, kicked off today (9/24) at Banqiao Fuzhou Art Riverside Park in New Taipei City. 8,000 “Music Runners™” will start from the main venue “Music Village” and follow Running on the 5-kilometer track with more than 120 large-scale speakers with a refreshing evening breeze, you can enjoy the infinite charm of the combination of diverse music and sports. Engaging the world-famous Yundong force and the second music road run in Taiwan, this year invited Olympian Chen Jie, as well as many stars such as Yuan Jie, Zhao Jie, Bo Yan, and many other stars to join you in the night sky of Taipei.

Ben Pember, founder and executive director of Exceed Sports & Entertainment, the promotion unit of The Music Run™ by KOKO, said: “Sports and music can not only have a positive impact on a person, but also the world. I believe that Music Runners™ who love music and sports can Passing the positive energy to the relatives and friends around you, and then affecting the society. It is really exciting to be able to come to Taiwan again to share the joy of music and running, and we are also very happy to invite more celebrity artists to participate, even Olympian Chen Chen Let’s have fun together! I look forward to every participant returning home with a full load tonight!”

Chen Jie, a 400-meter hurdler who just returned to Taiwan from the Rio Olympics, also started to play. Before the event, he had posted on his fan page several times asking netizens to challenge him. As a result, many fans gathered at the scene today. Jie Yingzi also wants to try to compete with Olympians.

Chen Jie said that after a period of rest, he is continuing to train himself from time to time. After returning to Taiwan from the Rio Olympics, it was the first time to attend an event to see so many fans continue to support him. It was a bit surprising but very happy. I hope in the future. There are also more and more friends who can support athletics!

This year’s event invited the high-quality and popular Qingchen Electronic Band to sing for Music Runners™ before the run. Artists who love sports and music are Yuan Jie, Zhao Jie, Bo Yan, and popular online beauty model Kirby Yun Lan, will also join Music Runners™ in a lively and cheerful atmosphere, heading to the end of the music party brought by the handsome and talented Australian DJ Sam Withers!

The artist is Yuansuke who came to experience the road running party while taking advantage of the filming gap. He usually maintains the habit of regular exercise, and often shares his sports experience on his fan page, and this time The Music Run™ by KOKO not only shows his love for music and running, but also accepts the experience of running and running for more than a year. A good opportunity for fitness results, but also to prepare for the more difficult half-marathon that you want to challenge next.

The Music Run™ by KOKO has so many great gifts, not only earphones but also a chance to get air tickets

At the beginning of this year’s The Music Run™ by KOKO, two pretty flight attendants from AirAsia, the leading low-cost airline in Asia, imitated the safety promotion before the plane took off, and taught all participants of The Music Run™ by KOKO in a cute and fun way. Runners, how to participate and keep themselves safe. The activity uses Zumba dance and Barre led by Space Cycle teachers as a warm-up exercise, awakening the dance cells of Music Runners™ from the very beginning.

In addition to playing five types of music such as rock, pop, retro, hip-hop, and dance music on the track of the Music Road Run, the rock and pop areas also prepared super-drawn Harley locomotives and cute large-scale puppets to cheer for the runners; The UBER retro area has prepared old-fashioned snacks and children’s toys; the KOKO hip-hop area will have a super cool convertible car for test rides and photos, and will also send popsicles to cool off the heat; Exciting and fun “inflatable water slides” to create the most interesting “running paradise”. Download the KOKO APP, you can play the theme area, and redeem the live Polaroid for free!

At the event, The Music Run™ by KOKO also offered a variety of gifts and discounts to the enthusiastic support of the Taiwanese Music Runners™. AirAsia has set up a rock music party area, implementing the brand tenet of “Flying, Playing”, providing many interesting music props for runners to take pictures, and also preparing many exquisite gifts such as AirAsia’s cute aircraft hang tags, so that runners can have a good time. , have fun with the gift! Not only that, in return for the enthusiastic support of Music Runners™, AirAsia also offered the Taipei-Kuala Lumpur double round-trip air ticket to the lucky winners of Music Runners™, allowing Music Runners™ to witness the splendor of the seventh best city in the world! NuForce, the designated earphone brand, also provides 100 sets of NuForce BE Sport3 lightweight wireless sports Bluetooth earphones for free, as long as you participate in the booth activities, you will have a chance to get them; Uber will provide ride coupons on the day of the event to make Music Runners™ feel at ease and comfortable go home!

For more information, please refer to The Music Run™ by KOKO official website:

http://www.themusicrun.com/country/taiwan, or keep up to date with the latest news on Facebook: https://www.facebook.com/TheMusicRunTW/