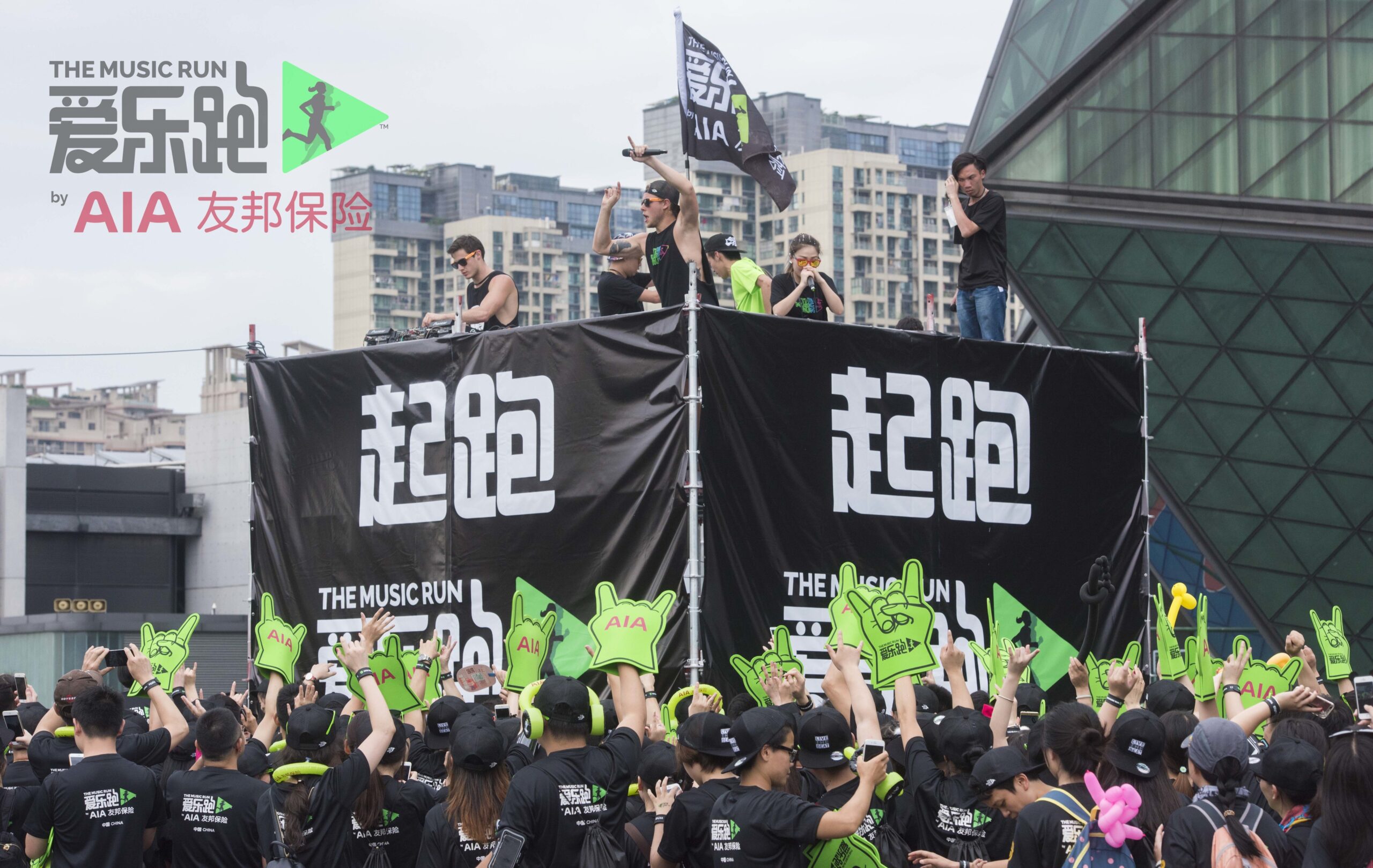 THe MUSIC RUN™ BY AIA SHENZHEN TICKETS SOLD OUT

Shenzhen, 15 April 2016 – All entries to The Music Run™ by AIA Shenzhen 2016 have been fully sold out within 3 days of its launch. Registration started online via www.themusicrun.com.cn since 12th April. All Standard and Rock Star tickets for 22nd May were fully sold out on 15th April.

“It is encouraging to see such an overwhelming response from the people of Shenzhen. This is a clear testament to how the people in Shenzhen embrace music and vitality as part of their lives,” said Weibing Cai, GM of AIA Shenzhen.

Presented in Shenzhen by AIA, The Music Run™ is the ultimate 5K running and music festival. Held at Shenzhen Universiade Centre, runners will get to experience the world’s loudest 5K running course, where over 120 speakers along the course pump out the most popular songs voted by participants across 5 interactive and music themed zones – rock, pop, old school, hip hop and dance.

Using a bespoke ‘Music Voting App’, runners are empowered to control the soundtrack of the run by voting for their favorite songs in the build up to the event. The songs with the most votes made the official run playlist.

Registered runners will receive a goodie bag with The Music Run™ by AIA shirt, Beat Band and a temporary tattoo. Medals will be also handed out at the finish line.

“People in Shenzhen have shown keen interest in this concept, and it represents the new generation of fun running events, where crowd sourcing and social media are used to enable people to actively shape and share the experience they have,” said Martin Capstick, Co-founder, Exceed Sports and Entertainment.

“The response we’ve seen to The Music Run™, both here and overseas, demonstrates that there is a real appetite for it and we look forward to bringing an even bigger and better The Music Run™ by AIA event back to Shenzhen next year.”

Shenzhen is one of over 40 cities in over 18 countries that The Music Run™ will be introduced to in 2016, making it one of the fastest growing fun run events of its kind worldwide. The Music Run™ was first held in China in October 2014 at Shanghai, and is currently planned for other cities in China.

Created by Fresh Events Global, The Music Run™ was first held in Kuala Lumpur, Malaysia in 2014. The event has already been experienced by more than 100,000 participants across 12 events and 9 countries from Singapore to Hamburg. With an established following in Asia, 2016 will see further global expansion with events planned across Europe, Africa and the Middle East and to over 20 cities across the USA.